Beverly Kievman Copen is an entrepreneur, author and photographer. She has more than 45 years of experience in sales, marketing and communications. She has received widespread recognition for her work with businesswomen, both domestically and internationally. She has been a featured speaker at conferences throughout the United States, and in many countries, including India, New Zealand, Australia, Japan, Canada, Singapore and Malaysia. The primary topics of the programs included: sales, new business development, entrepreneurship, publicity/ promotions, personal development, and women in business. She is the author of five published books – on sales, business development, and other non-fiction topics, including “Today’s SalesWoman” (Prentice-Hall, 1982), For Better or For “Worse: A Couples Guide to Dealing with Chronic Illness” (Contemporary Books, 1989 ISBN-13: 9780809246007 – ISBN-10: 0809246007) and “It’s Your Life, Isn’t It?”, published in 2000, in Japan, in Japanese, for Diamond Publishers, Tokyo. Her fourth book, “Your Eyes are your Windows to the World” – a unique photography / educational book with a workbook/ lesson plan, became an eBook in 2014 with Rowman & Littlefield Educational Publishers. Her writing is featured in two of the “Chicken Soup for the Soul” series. Her newest book (2021) is a “global” version of “It’s Your Life, Isn’t it?” for the first time available in English.  It is now available as an eBook on amazon.com in English, and soon will be an eBook in Spanish. 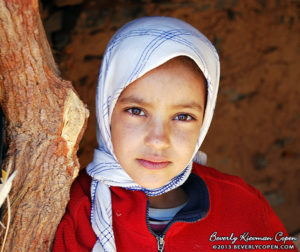 Highlights.  Copen is a native Atlantan and spent most of her career there. She has substantial experience in sales and marketing with her own companies, and as a consultant. Her marketing and creative ideas have had a major impact on both the modeling and motion picture industries of Georgia. As the first Film Representative of Georgia, (1972 – 1973) she created the marketing plan for bringing motion pictures and commercials to the State. Ten years later this industry exceeded USD $500 million dollars. In 2019 exceeded 9 billion dollars, and in 2020, over 4 billion dollars.

Honors & Board of Director experiences. She has received awards naming her as one of Atlanta’s top Self-Made Women, and Georgia’s Most Influential Women.  Copen served as a director for numerous businesses, civic, charity and industry associations including: 12 years on the Board of Directors of NBG/First American Bank (1980-1992). She was a founding member and a past International Chair on the Board of Directors of the prestigious Committee of 200 (C200.org ). She served on the Business Advisory Board for the Goizueta/Emory Business School in Atlanta for more than 10 years, and currently is a member of the Arizona Women’s Forum. Women in Film – Atlanta (an organization she founded in Atlanta as the 2nd chapter) celebrated its’ 30th anniversary several years ago and honored her as the founder and first president. At that time Women in Film had grown to 44 chapters worldwide with more than 10,000 members. In 2012 Beverly and her late husband, Dr. Mel Copen (married 20 years), were commissioned to create a 2012 calendar using their photography, Gems of the Southwest, for Phoenix businessman George Brazil. Over 10,000 of that 1st edition were printed, plus a subsequent calendar for the Brazil companies in 2013 that she created after Mel Copen passed away in 2012.

Current activities. In addition to extensive community involvement and writing throughout her career, photography is one of her passions, and Copen is an award-winning professional photographer. She has received several honors for her work, including winning the ARIZONA HIGHWAYS Magazine GRAND PRIZE in 2011. Her winning image, SUNSET OF THE CENTURY, was featured in the September 2012 issue of Arizona Highways. In September 2014 she was honored to be the first SOLO artist at the Herberger Theater Center art gallery in Phoenix, Arizona, for the entire month. This exhibit showcased her global photography and art that is a part of her eBook, “Your Eyes are your Windows to the World.”  In 2017 she was invited to be a solo artist in Sedona City Hall chambers, for 3 months and had several additional solo exhibits.  In addition to living in Atlanta for half of her life, she has lived in Japan (3 years), Costa Rica, Central America (2 years), Sedona, Arizona (15 years), and now lives in Rome, Georgia. 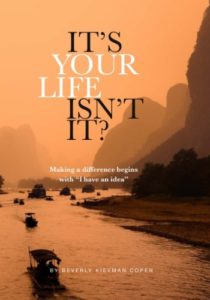 It’s Your Life, Isn’t It? paints a picture of how to look back at your past, analyze your present, and re-imagine your future. It provides a way to assess your desires, your strengths and weaknesses and to put these into a framework that will help you construct a more fulfilling lifestyle.

The accelerated and stunning effect of the watershed Coronavirus event in 2020 has impacted the entire world. It has been a period of time filled with confusion, uncertainty, and dramatic changes as almost everyone’s everyday life came to a halt. I am hoping this book will provide thought-provoking insights as well as inspiration and tools for analyzing what is truly important to you now, and then move forward based on what you really want from life. We need to understand and deal with the New Normal for our lives.

The concepts are easily adaptable and have proven to be successful for both women and men in many cultures. They provide a blend of easy-to-understand logic, philosophy, ideas, and of most important, action plans.

The theme of the book is based on how to manage change. Throughout my lifelong career as an entrepreneur, as well as seminars I have attended, and countless ones I have conducted, in many parts of the world, I believe that I have a broad perspective. It openly discusses the successes as well as the failures, and the lessons learned from the achievements and the errors. Many of the life stories came from those programs, as well as the friendships I have been blessed with over the decades.

The prologue and first and second chapters will be based on my personal life changes and dramatic challenges. The remainder of the book focuses on lessons learned from a multitude of other people – many of whom I have known personally. Hopefully, in its entirety, the messages of this book will be clear and help you understand how to focus on the priorities in your own life in a changing new world.